This letter is in response to Maryling Yu’s (@Call_Me_Mare) article on forbes.com.

It’s your future writing and everything is fine. I, too, am a marketer by trade, and I, too, was anti-Disney Marketing Machine (DMM).

I was you a dozen years ago when I wrote an article about my feelings towards the DMM. Many of the concerns you laid out, I did as well. One that really bothered me at the time was the skill at cross-selling the princesses. You couldn’t buy a Cinderella plate without it containing Jasmine and Belle. Seemed every toy or garment of clothing had a different mix of three princesses. As a marketer I thought, “Brilliant!”, as a dad I thought, “A little girl is going to go through every one of these princesses like a sneeze goes through a daycare center.” And my marketing (and dad) ears heard, “ka-ching!”. Did I really want my sweet young daughter consuming all of these princess messages? 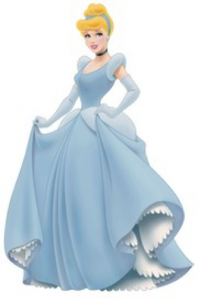 So, I took the path of avoidance. We didn’t initiate the princess domino run by not letting her see a Disney movie. Sure, she had books that told some of the older fairytale stories, but we didn’t buy (or rent) any of the full length features.

One day we went to a family friend’s home and the kids played while the adults chatted. After a while, we went to check on the kids (the other family had a teen who was watching the lot of kids). I turn the corner to the family room and I am aghast at what I see. There’s my three-year-old daughter standing 14 inches from the screen watching Cinderella. And so we were instantly transported to a Space Mountain-like speed ride through the princesses. Our daughter told her aunts and grandparents that she saw Cinderella and off we went. Toys, movies, clothes… you name it.

As predicted, she loved them all, one by one. From Cinderella to Snow White to Ariel to Belle to Jasmine and so on. A decade later, a vacation to Disney, throw in a younger brother awash in Peter Pan and the like, and the result is… all good.

Fear not, former me, the DMM did not inhibit my daughter’s imagination. It did not reduce her to a focus only on finding a prince. It didn’t slow her maturation into a fascinating, confident teenager with a desire to learn and achieve great things. In fact, maybe I need to credit the princesses for some of my daughter’s more admirable characteristics. Story can be a powerful learning tool, but living, breathing human girls do not take on all the attributes of the story… but they can reinforce what they are being taught by their parents and other key influencers. Still, maybe I owe the princesses… 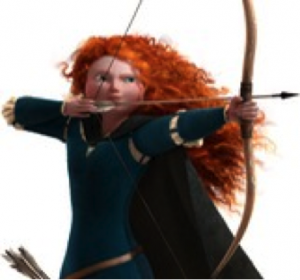 I, too, am glad that Disney has changed its princesses as the culture has changed. Yet, I think the (too often) anachronistic values and sensibilities of the movies made in the 40s and 50s can be a learning tool as well. Yes, it was a different place, time and culture, but those are our roots and there are plenty of women who still (as a part of their life at least) want to find their prince. Today, however, that desire is not an all-or-nothing choice.

Your daughter was made to be a special and wonderful woman (just as mine was) and you are the guide to help her get there. There is much to filter out or avoid, but don’t minimize the positive impact of the princesses. With guidance and conversation, they can be a force to help shape the heart of your daughter.

Not that there isn’t anything to avoid with Disney. Don’t get me started on the pre-teen junk on the Disney Channel! (Maybe someone with older children can counsel me on the unseen (to me) benefits of those shows.) And the constant stream of new Disney movies (and associated toys and merchandise) still bugs me, too.

Still, I can report from your future… the princesses helped grow my daughter’s imagination, not limit it, as well as her understanding of the world and differing groups and individuals. At least with her mother and my helping her. So fear not! And save up for that trip…

A Parent from Your (Hopeful) Future

P.S. If you have a son, the whole gun avoidance thing doesn’t work either. We tried that, and one day found our then three-year-old son in the yard with a stick yelling, “Gun! Gun!”. Presumably because he didn’t know the sound a gun makes. I think it’s just hard wired.